Edison DID NOT Invent the Light Bulb Did you know that Thomas Edison DID NOT invent the light bulb.

Why do I tell you this?

Because every single day at least one entrepreneur contacts me with some fear about someone stealing their idea.

And their fear is unjustified.

Successful entrepreneurs don’t focus on the fear of someone stealing their idea. Rather, they focus on executing on the opportunity by bringing their idea to market.

Which is what the 22 inventors of the incandescent light bulb before Thomas Edison FAILED TO DO.

That’s right. Twenty-two inventors had the idea before Edison (not only did they have the idea, but 22 people actually invented incandescent electric lamps before Edison did).

And Edison didn’t steal their idea. Rather, Edison improved on their idea by first understanding the market. He realized that a more commercially viable and longer lasting light bulb was needed if light bulbs were to go mainstream.

So, he and his team created this product and the rest is history.

The moral is that he who has the idea first generally doesn’t win. In fact, if your idea is so good, usually others have thought of it before you or at the same time. The winner is the one who takes is to market first, tweaks it based on customer feedback, and scales the business.

Most people don’t have what it takes to go from an idea to a commercially viable product to taking it to market. That’s why spending tons of time and energy protecting your idea is often a waste of time. Since the people you’re protecting your idea from can’t execute anyway. And those that can (i.e., successful entrepreneurs) generally have a ton of their own ideas to focus on. So you should be spending your time on execution.

(Likewise most ideas change dramatically once you start getting customer feedback; and you NEVER get that feedback if you keep your ideas to yourself!)

Importantly, the world is littered with quality ideas which never materialize. From motivational speaker Les Brown:

So, please stop focusing so much on protecting your ideas, and start acting on them!

Would you like to know the quickest and easiest way to create a winning business plan?

And how to use it to raise funding, improve your strategy, or both?

Well, we’ve developed the ultimate business plan template to help you do this. Simply click below to learn more. 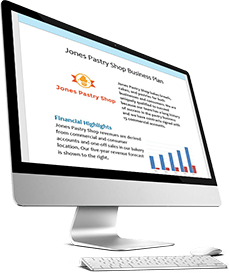