How to Start a Film Production Business | Growthink

How to Start a Film Production Business

How to Start a Film Production Business

If you’re looking to start a Film Production business, you’ve come to the right place. Since we’re going to show you exactly how to do it.

We’ll start with key Film Production industry fundamentals like how big the market is, what the key segments are, and how revenues and profits are generated.

Then we’ll discuss keys to not only starting a Film Production business, but succeeding in it!

How Big Is the Film Production Industry?

With moderate annual growth (2.7%), the Film Production industry’s more than 7,500 businesses are currently worth almost $43 billion.

The Flow of Money Through the Film Industry

What Are the Key Segments of the Film Production Industry?

Film Production companies’ sales are segmented by the type of film produced: Action and Adventure, Comedy, Drama, Thriller and Suspense, and Other (such as Horror, Musical, and Documentary).

IMDB By the Numbers

A number of factors affect the performance of the Film Production industry. These drivers include:

Technological Change – Technology has made a huge difference in the Film Production industry. Better equipment and storage have increased the sophistication of production, and digital technology has cut production and distribution costs.

Demand from Movie Theaters – Film producers try to release movies when people have more time to go see them, such as during the summer or over a holiday.

Per Capita Disposable Income – When people have more money, they are more willing to spend on entertainment, including going to the movies and purchasing DVDs, Blu-rays, and digital copies of films.

Trade-Weighted Index –This measures how strong the dollar is compared to other currencies. When the dollar is strong, film production companies tend to make their movies in international locations to save money.

Who Are the Key Competitors in the Film Production Industry?

The largest players in the Film Production industry are The Walt Disney Company, 21st Century Fox, Comcast Corporation, and Viacom.

What Are the Key Customer Segments in the Film Production Industry?

More than half the Film Production industry’s revenue comes from the Domestic Market, while the rest comes from foreign distribution.

What Are the Key Financial Metrics and Costs in the Film Production Industry?

The key financial metrics in the Film Production market are as follows:

Purchases – This is the largest expense category for the industry, and includes things such as 3D and $K production equipment, other equipment, on-site amenities, craft services, makeup, movie rights, etc.

Marketing – This is a significant expense for film production companies. Attracting large first-weekend audiences is a priority for most films, and increased publicity also improves distribution revenue.

Rent & Utilities – Movie producers often rent large facilities in high-traffic areas, as well as trailers for the cast. Industry operators also sometimes rent some or all the equipment needed to make the film.

Miscellaneous – Other costs for the industry include things like transportation, depreciation, and subcontractors.

What Are the Keys to Launching a New Film Production Business?

Identify your strengths – Do you want to make feature films? Do commercial or industrial work? It is advisable to build your company around your strengths, so work with what you know. Want to branch out? Find an opportunity to work on the sets of other productions so you can get the experience you need to be successful in your chosen genre or specialty.

Research – Knowing what similar companies in your area are doing will help you figure out what services to offer, what the going rates are, and where you can offer something better. If you aren’t locked into your current area, find out which states or cities offer the most attractive incentive package to production companies, and then figure out if you can be competitive there.

Legalize your business – Be sure to complete the proper paperwork to make your business official. Many production companies become an LLC (Limited Liability Corporation) so that their personal assets are protected. Some producers also create a subsidiary LLC for each film they make.

Start filming – Before you can land your first contract, or get the funding for your first feature film, you need a portfolio. It will be very difficult to get hired or funded if you can’t show the quality of your work. A 3- to 5-minute demo reel is all you need.

Find funding – For feature film producers, you will need to have a script before you can get investors on board. For commercial and industrial producers, the startup costs will be lower, but funding is still necessary for purchasing the equipment you will need.

Network – Do it on social media, as well as in person. You will need to make lots of connections with people who can help you. Successful filmmakers are always looking for new alliances and creative partners.

What Are the Typical Startup Costs for a New Film Production Business?

How Much Do Film Production Operators Make? 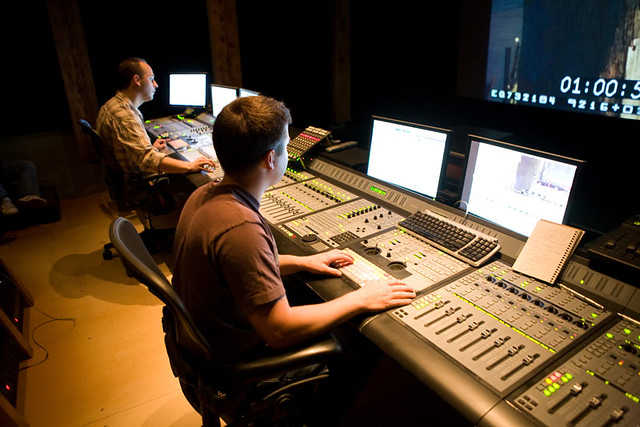 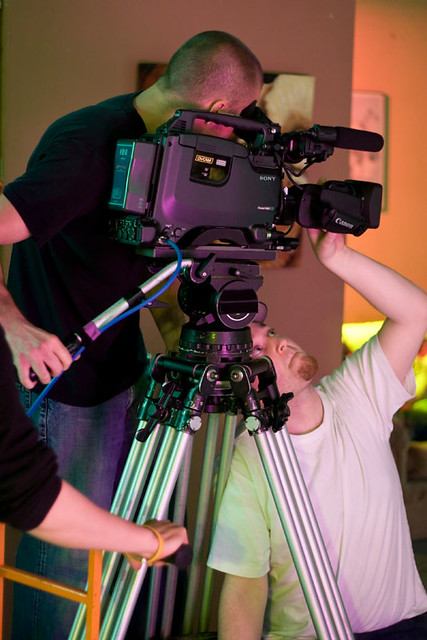 
Building A Film Set From Start To Finish

For additional information on the Film Production industry, consider these resources:

How to Finish Your Film Production Business Plan in 1 Day!

Don’t you wish there was a faster, easier way to finish your business plan?

With Growthink’s Ultimate Business Plan Template you can finish your plan in just 8 hours or less!

OR, Let Us Develop Your Plan For You

Since 1999, Growthink has developed business plans for thousands of companies who have gone on to achieve tremendous success.