Private Equity And Venture Capital Investors: How to Leverage Their Pessimistic Thinking I speak to my friend Steve about once a month. And every few times we speak, he hits me with his latest new business idea.

Once in a while, the idea has merit. But most times it doesn’t.

The other day Steve told me his latest idea. I could barely mutter two words in reply when he cut me off. “I forgot who I was talking too,” he blurted out, “you don’t like any of my ideas.”

Interestingly, when he said that, I felt like a venture capitalist. You see, venture capitalists or VCs hear tons and tons of business ideas. And when you hear tons of ideas over many years, and see the vast majority of these ideas fail to materialize, you start developing a pessimistic attitude about new ideas.

And, after hearing so many ideas myself over such a long period of times, it seems that even I have gotten a bit negative or skeptical (well at least on ideas that my friend Steve tells me about).

Interestingly, I went to business school nearly 20 years ago with several bright guys who became venture capitalists. When they first became VCs, they were very positive people. They heard ideas with the mindset of “how can we make this work.”

But after hearing thousands of ideas over many years, and investing in lots of companies that didn’t pan out, their thinking shifted. In fact, today, their attitude is more like “what are the reasons that this idea won’t work.”

I tell you this not to be a downer. But to let you inside the head of a venture capitalist, or any investor that’s been around a long time. Like it or not, these investors inevitably develop a bit of pessimism when considering new investment opportunities. And while you are speaking, their mind is constantly asking, “what are the reasons this idea won’t work.”

Why this matters is that you need to understand and play to this pessimism.

Here are four ways to accomplish this:

As you now know, while you speak with VCs, they are considering the reasons your venture won’t work. So, address these concerns before they even ask about them. For example, state in your presentation the top 5 concerns you think they might have and why you will overcome/address them.

Generally, you should address these concerns in the core part of your investor presentations. You should also have four or five back-up slides (that you keep at the end of the presentation for use if and when needed) that address other less-common concerns that you guess investors might have. By pulling up these slide when the investor voices the concern, you will have the best possible answer and seem ultra-prepared (which you will be).

Most VCs I know hate superlatives.

Superlatives are words like “best,” “greatest,” “most powerful,” “world-class,” etc.  Unless you can back up these words, don’t use them. Since VCs have been promised everything under the sun, and are turned off by such claims.

3. Relate your ideas to proven companies

One way to make your ideas appear more viable is to tie them to proven companies. For example, say that your company is like eBay but you [fill in the blank regarding how you differ]. Both consciously and subconsciously, this simile gives VCs and other investors the impression that your company might become as successful as that other proven company.

Importantly, don’t bad mouth another company (particularly a successful company); as this will cause you to lose credibility. Rather explain why you are unique and can perform better and/or differently.

4. Boost your credibility wherever possible

Skeptical and pessimistic people (including VCs) are skeptical of grand claims. Hence why I told you to avoid superlatives above.

But you should also avoid other grand claims and bolster your credibility wherever possible.

For example, having a financial model that shows you are going to grow from $0 to $100 million in revenues in 3 years is generally going to be frowned upon. Since achieving such a feat is extremely rare.

Conversely, by researching the growth profile of similar firms, you can come up with more credible forecasts that will escape skepticism and show investors you really understand the business and its potential.

Likewise, you can boost credibility by getting customers. One of a VCs greatest concerns is whether you’ll be able to acquire enough customers. Proving this early on significantly enhances your positioning and chances of raising VC dollars. Even if you don’t have a product or service that’s ready for customers, there are things you can do. For example, you can get alpha or beta customers. Or, at the least, you could survey customers and show VCs survey results and testimonials from customers saying they are seeking the precise solution you are building.

Finally, building a Board of Advisors and/or hiring accomplished employees will boost your credibility and show VCs that you know how to execute, and can thus effectively grow your business with the funding they invest in you.

Don’t get me wrong. Most VCs aren’t pessimists or curmudgeons that aren’t fun to be around. But many do develop a natural pessimism against new entrepreneurs and ventures they meet. It is your job to overcome this pessimism. And once you do, you can gain the funding and the guidance of a VC that could help you dramatically grow your business.

Suggested Resource: In Venture Capital Pitch Formula, you’ll learn exactly how to find and contact venture capitalists, exactly what information to include in your presentation, and how to secure your financing. This page explains more. 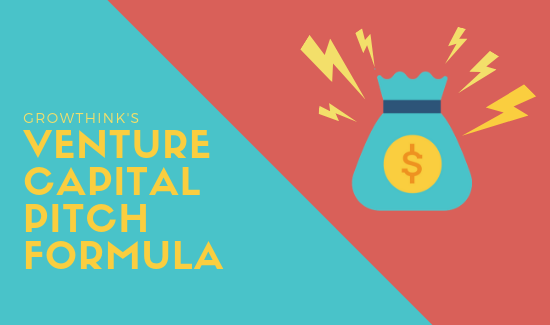